From Gray to Green Shorelines 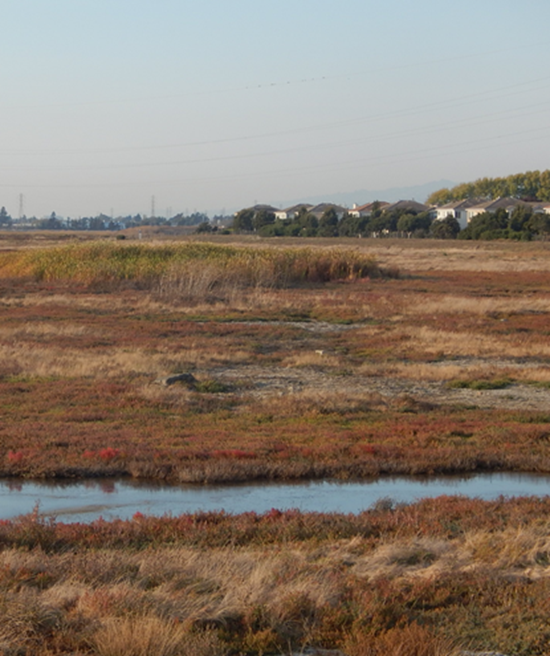 The First Mile Horizontal Levee is a multi-benefit adaptation project using nature-based solutions to provide sea level rise resilience, water quality improvement, and habitat enhancements, in addition to the flood protection functions of a more traditional levee. The basic components of a Horizontal Levee include a levee core designed to provide flood protection and, on the outboard side of the levee, an ecotone slope containing water quality treatment features. In addition to water quality benefits, the ecotone slope provides an upland transition zone for marsh species, absorbs energy from wave action and storm surge, and can be a source of organic material to support marsh plain accretion in the face of sea level rise. The concept has been tested extensively through the Oro Loma Horizontal Levee Demonstration project, which was constructed in 2016 at the Oro Loma/Castro Valley Sanitary District wastewater treatment facility.

The First Mile is part of a system of sea level rise adaptation measures identified in the Hayward Shoreline Adaptation Master Plan adopted by the Hayward Area Shoreline Planning Agency (HASPA) in 2021. 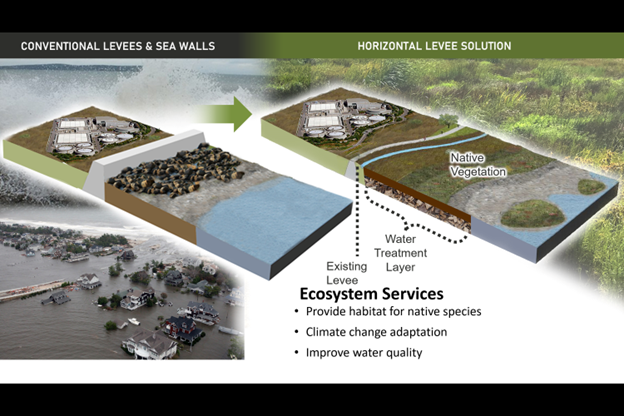 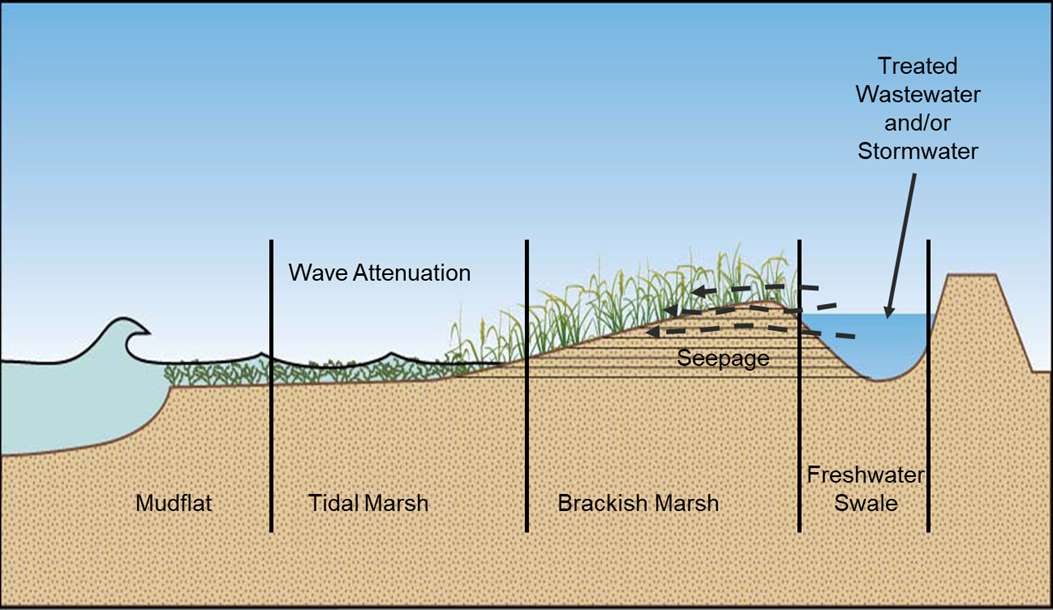 The project site is in Alameda County on the east shore of San Francisco Bay. Alameda County has a diverse topography and microclimate, and has an associated high diversity of vegetation, although development in the region has resulted in a substantial reduction in land available for native flora and fauna. San Francisco Bay has lost 80 percent of its historic tidal wetlands.

The project is located in the City of Hayward and encompasses a portion of the Oro Loma Marsh, which is part of the Hayward Regional Shoreline. Oro Loma Marsh is within the South San Francisco Bay (South Bay), which includes some of the most important habitat remaining in the Bay Area for a number of wildlife species.

The project site abuts Sulphur Creek to the south, railroad right-of-way to the east, a drainage channel to the north (Bockman Canal), and the San Francisco Bay Trail along San Francisco Bay to the west. Just east of the railroad tracks is the San Lorenzo Community Center Park and Skywest Golf Course, which is slated for redevelopment by the City of Hayward. The proposed First Mile Horizontal Levee would be located adjacent to the railroad right-of-way and Bockman Canal. The East Bay Regional Park District (EBRPD) owns most of the land within the project area. 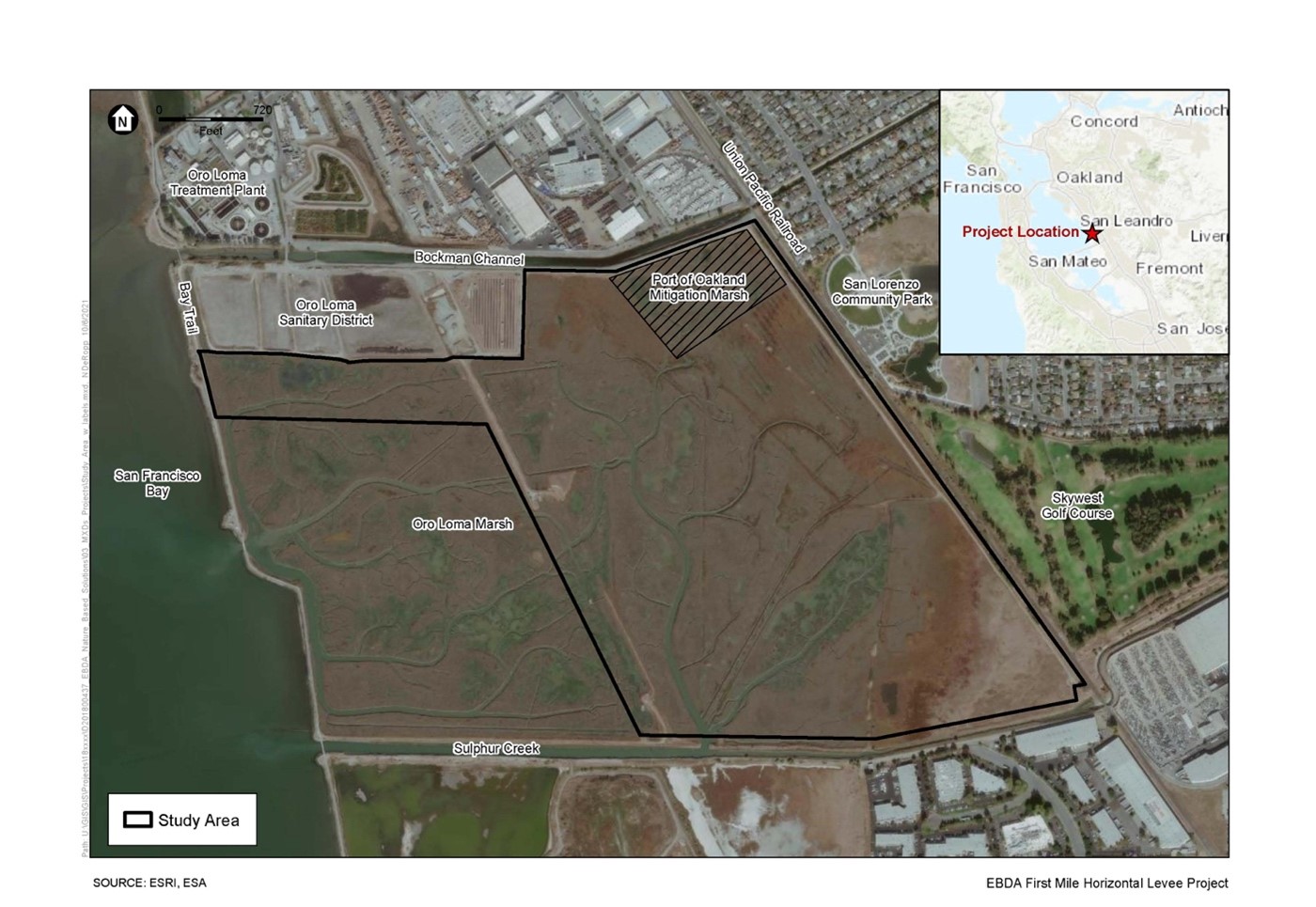 This Nature-Based Solutions Feasibility Study for the Hayward Water Pollution Control Facility (WPCF) was prepared for the East Bay Dischargers Authority (EBDA) and the City of Hayward to evaluate the potential for nature-based treatment systems to reduce nitrogen in wastewater effluent from the Hayward Water Pollution Control Facility (WPCF). The proposed nature based treatment systems would be located within Hayward WPCF’s former oxidation ponds that were built in the mid-1900s and are currently used for wet weather storage of treated effluent. The Hayward WPCF currently discharges effluent to San Francisco Bay via the EBDA pipeline. With the implementation of a nature-based solution, Hayward could reduce both nutrient loading and discharges to the EBDA pipeline in dry weather while also preserving the utility of the former oxidation ponds as wet weather storage. 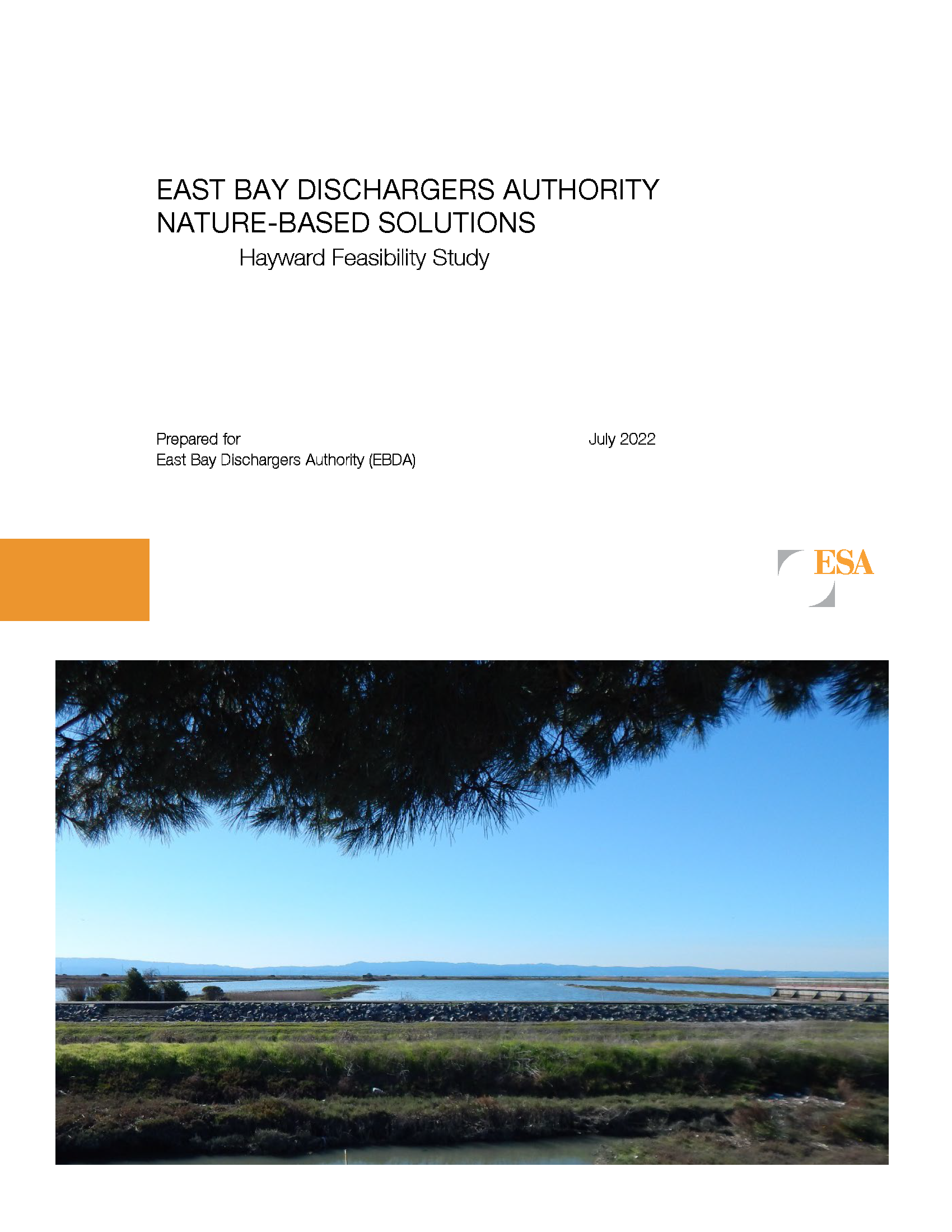 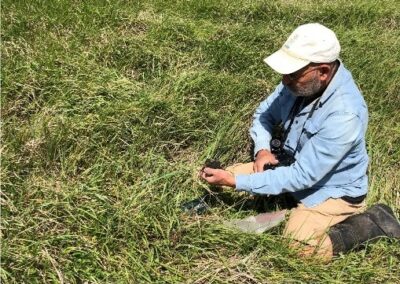 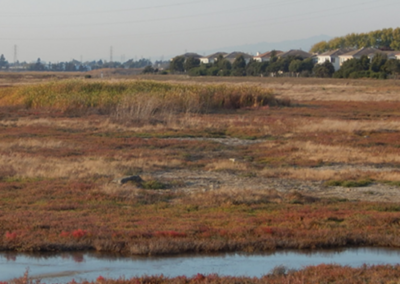 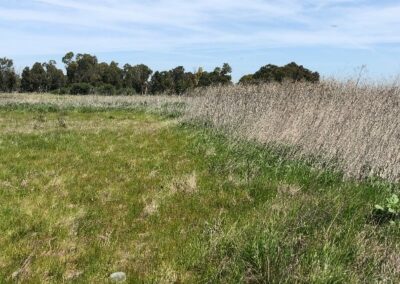 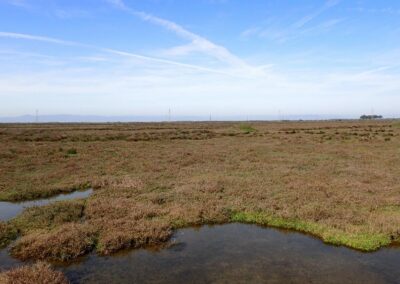 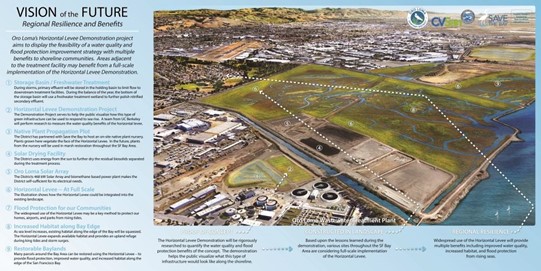