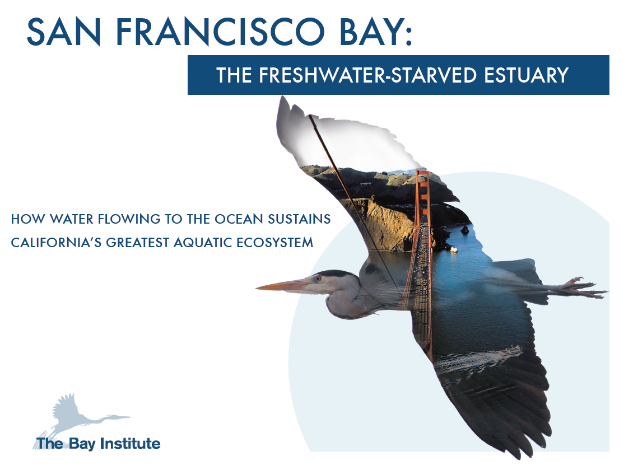 The release of San Francisco Bay: The Freshwater-Starved Estuary by The Bay Institute marks the completion of a task under Action 18 of the CCMP. This report examines the effects of reduced freshwater inflow on key components of the San Francisco Bay’s ecosystems and the viability of fish and wildlife in the Bay and nearshore ocean, as well as impacts to human populations. The Bay Institute synthesized findings from 150 studies to highlight the ways reduced San Francisco Bay inflows are affecting a wide array of ecosystem processes and biological effects, including increased salinity, reduced sediment delivery, increased pollution, the spread of invasive non-native species, reduced food web productivity, and reduced viability of fish species.

The resulting picture presents a Bay at risk of long-term decline, with reduced resilience to climate change, greater challenges to existing and planned habitat restoration, continued waning of several commercial fisheries, and impacts to aquatic and shoreline recreation. During the last decade, an average of only 35% of unimpaired runoff made it to the Bay during May. In contrast, scientific studies from around the world indicate that ecosystem function is severely impaired if less than 80% of freshwater flows remain in rivers. 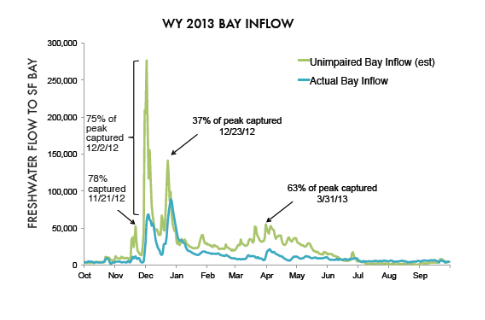 To reduce these risks to the Bay, the report recommends a watershed-wide solution pathway using multiple strategies to improve Bay inflows, including:

The report can be found on The Bay Institute’s website.