Just south of San Jose in the Guadalupe River watershed sits the former New Almaden Mining District, once the largest mercury mine in the United States. The mine ran from 1846 to 1975 and produced 5% of the world’s mercury. It also produced a sticky, brittle waste material, called calcines, which retained hazardous levels of mercury. These calcines were dumped near rivers and in headwaters streams, and sometimes were used to pave mining roads. 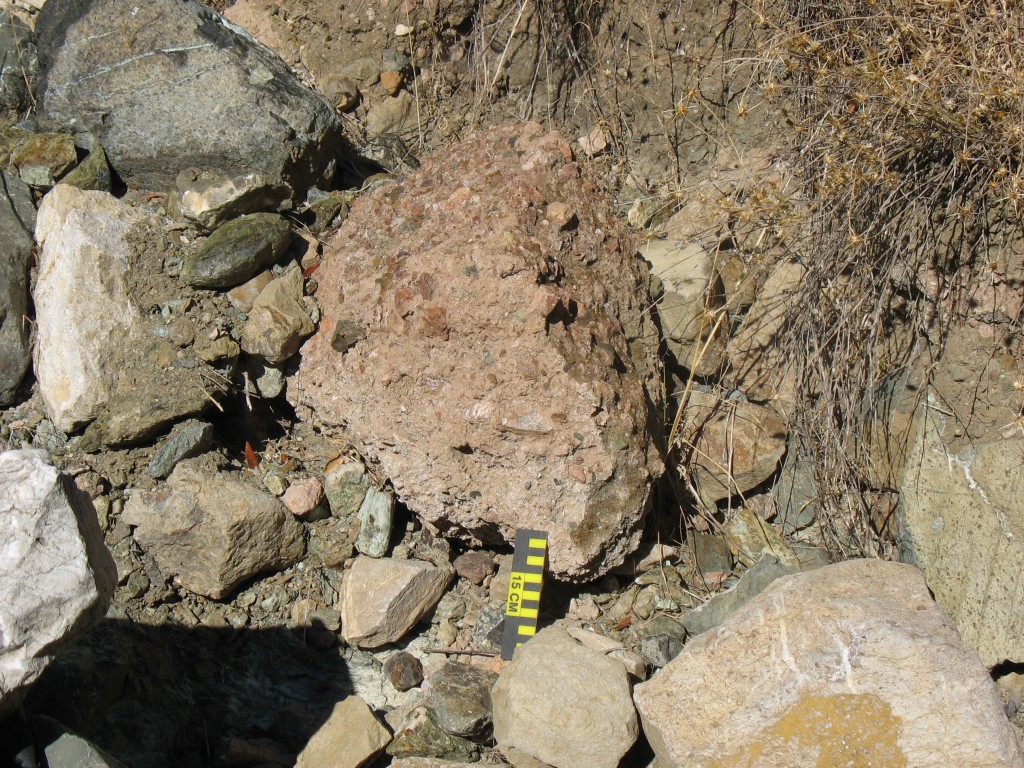 The rock behind the photo ruler is a large calcine deposit with hazardous concentrations of mercury.

Now the site of the Almaden Quicksilver County Park, these roads have served as paved trails, with over three miles of these toxic roads running through the park. Over the years, however, these roads have begun unraveling, slumping, and eroding into the landscape, delivering traces of mercury into creeks and, eventually, the Bay. Once it erodes into an aquatic environment, inorganic mercury gets converted to a more bioavailable form called methylmercury. As a result of the mining operations of the New Almaden Mining District, fish in the Guadalupe River have some of the highest levels of methylmercury in California.

Through a partnership with San Francisco Estuary Partnership, and funded by the EPA’s San Francisco Water Quality Improvement Fund and the County Parks Charter Fund, the Santa Clara County Parks and Recreation Department safely removed over 3,800 cubic yards of toxic pavement from the paved calcine trails within the park and replaced them with new trails. This project implements the Guadalupe River TMDL for mercury by directly removing a significant source of mercury from the watershed.

This project will prevent an estimated 680 pounds of inorganic mercury from eroding into the Guadalupe River and the San Francisco Bay. With the conclusion of this effort, and with the Regional Monitoring Program’s success in monitoring Guadalupe River mercury loads during the rare large January 2017 storm, Task 27-3 is considered complete.